Emma is the founder and CEO of the charity Matthew's Friends, which supports medical dietary therapy for epilepsy, brain tumours and other neurological disorders. She founded the charity in 2004 after her son Matthew at the age of 9 months started having seizures and no medication he tried stopped them. After enduring prolonged seizures that nearly killed him, he developed devastating brain damage. When Matthew was 7 years old Emma got the chance to get Matthew onto a medical dietary therapy carried out at Great Ormond Street Hospital. Within 2 weeks of starting the dietary therapy his seizures reduced by 90% and within 8 months he was weaned off all of his medication, completely changing his and his family's life.

In 2011, Emma and her team opened their own therapy clinic, employing some of the most experienced and dedicated medical professionals to administer dietary therapy to patients where there is no local NHS service. Today Emma is one of the world’s leading advocates for dietary therapies in epilepsy and other neurological disorders. In 2013 she was honoured by HM Queen Elizabeth II with a Member of the Most Excellent Order of the British Empire (MBE) for her services to children with epilepsy. 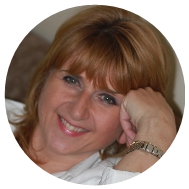 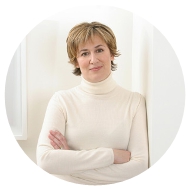 A qualified solicitor and passionate advocate for the use of natural low carbohydrate diets for the management of general health and the use of nutritional ketogenic diets for the management of diabetes, epilepsy and many other serious health conditions. In 2004 Hannah founded Natural Ketosis, a natural low carb and nutritional ketogenic solution for obesity and weight loss, providing delivered meals and one to one support for a long lasting, weight loss solution. In 2011 she authored "Big Fat Lies – Is your government making you fat?" A critique of the Eat Well Plate and exposé of the conflicts of interest in SACN ( The Scientific Advisory Panel on Nutrition). Finally, in 2012 she Founded The Natural Low Carb Store – a specialist food supplier for 100% natural low carb food.

Dr. Patel works as a General Dental Practitioner at his mixed NHS and private practice in Guildford, Surrey. He has been a partner there since 2006. He qualified from Guy's, King's and St.Thomas' Dental Institute, London. He has undertaken numerous further educational and training courses with special focus on Prevention and Minimally Invasive Aesthetic Dentistry. He has also obtained a qualification in Executive Business Management related to Dental Practice. He now has a strong passion for achieving and maintaining good general health as well as dental health, through nutrition and minimally invasive protocols and processes. He believes in our health being our true wealth and that as a society we need to start investing in that now. 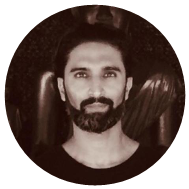 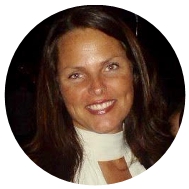 Lisa Quinn is a Level 4 Personal Trainer and has run her own personal training business for the past ten years. On top of being a qualified personal trainer, Lisa is qualified in Obesity and Diabetes Management. Lisa also runs health and weight management courses with wellness seminars. She has helped clients achieve great weight loss success, as well as significantly improving health markers and seen some of her clients come off of medication under the guidance of their Doctor.

Lisa wanted to become a patron of the Public Health Collaboration as she is passionate about getting the correct nutrition information out there and strongly believes that there is currently an epidemic of misinformation being relayed to the public.

James is a Dentist who leads an award winning specialist team at Bow Lane Dental Group in the city of London, which he founded in 2001. He has twice been listed in Private Dentistry’s poll of the top 20 Elite Dentists in the UK in 2011 and 2012. He has been voted the most influential person in Dentistry in the UK in 2011 & 2012 by trade magazine Dentistry.

His first book Brush, about work life balance in Dentistry, is a number one best seller on Amazon and all the profits go to Dentaid. The first project was in Malawi where James installed a dental practice and lead a dental team to deliver a skills transfer workshop. He is also the founder of the charity Rewards Project, committed to changing how we reward our children, which he is particularly passionate about because he has three children. His second book, a cookbook called ‘Kick Sugar’ helping people to reboot their taste buds is just out. His mission is to help the world to kick sugar. 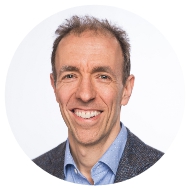 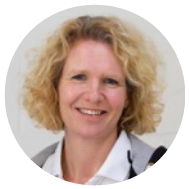 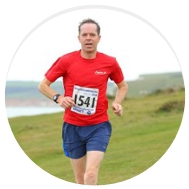 For the last 7 years Jane has run Aspire Fitness Solutions, bringing health and fitness solutions to her local community in rural Mid-Sussex. Previously Jane was a P.E teacher and has a degree in Sports Science from Loughborough University. Jane's clients receive both fitness and nutritional advice and nearly all report feeling healthier, more energetic and happier than they have in many years. They don't count calories, they simply eat good quality real food. Jane is committed to spreading the word when it comes to public health.

Malcolm is a runner, who used to think that running 50 miles a week would keep him healthy and so he ate what he liked. Three years ago he watched the "Cereal Killers" movie and it changed his outlook on life, completely. Malcolm is equally engrossed in two aspects of the real food movement; firstly the public health debate of how we are to go about reconstructing the perception of what food we ought to be eating and what impact that has on our health, and secondly how fuelling ourselves principally on fat rather than carbohydrates can offer an advantage to all but elite athletes. Malcolm writes the popular blog LCHF 4 Runners where he posts about public health matters and his experience of being a 50-something running marathons faster then ever before fuelled by nothing but fat.

Giancarlo and Katie Caldesi have two restaurants, a cookery school and several published cook books between them. Giancarlo and Katie ran their first ‘Caldesi’ Restaurant as a purely Tuscan offering and began making regular trips to Italy to research the Tuscan cuisine and discover new dishes. In Tuscany Giancarlo rediscovered his roots - the simple and effective peasant cooking of his family. The couple went on to launch Caffe Caldesi a less formal regional Italian restaurant and café and in 2005, after years of teaching in the restaurant kitchens, they launched La Cucina Caldesi, a state of the art cookery school where they run a diverse range of cooking courses for all ages and abilities.

In 2006 Katie and Giancarlo appeared in the BBC television series Return to Tuscany which saw them take over a hotel in Tuscany where they ran a residential cookery school for a month. They also worked together on a BBC cookery book of the same name. The series launched them as TV chefs and they now make regular appearances on television for programmes such as Market Kitchen, Masterchef, BBC Breakfast, Sunday Brunch and Saturday Kitchen as well as frequently contributing to articles in the national papers and glossy magazines. 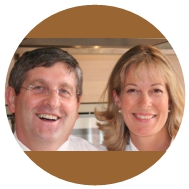 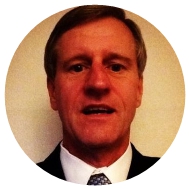 As a Design Engineer for over 25 years in Science Research, Keith's role was to investigate what worked and what failed to work, in order to improve future designs. 3 years ago when his GP suggested he probably had type 2 diabetes, Keith employed his engineering logic to find a solution to high blood glucose levels in order to normalise them. He is passionate about helping other people make a real difference to their health by discovering real food solutions, and believes that the Public Health Collaboration is the way forward to improve our public health.

After retiring from a lifetime of working in various admin-type jobs mainly on conferences for various international organisations, I'm keen to be a patron of PHC. I've been fortunate never to have needed to diet and am interested in how real food and sensible eating has become so much more important. 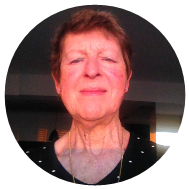