Trudi is Chief Executive of the registered charity X-PERT Health, which specialises in the research, development, implementation and audit of structured education for the public and healthcare professionals internationally. Trudi’s first degree in Nutrition and Dietetics was obtained in 1993, followed by a teaching qualification in 1998 and a doctorate in diabetes in 2004.

As the founder X-PERT Health and the author of the portfolio of X-PERT Programmes, Trudi has trained over 1,000 healthcare professionals to become X-PERT Educators, which has permitted the delivery of structured education to over 200,000 people at risk of, or diagnosed with, diabetes. She has published widely and has demonstrated that implementation of the X-PERT Programme is a cost saving strategy that not only results in statistically significant improvements in all clinical and quality of life indicators but also reduces the requirement for prescribed medication.

Her ambition is to further develop professional and patient education systems that increase competences to enable people to successfully manage their long term condition, improving health and well-being, and saving healthcare costs. 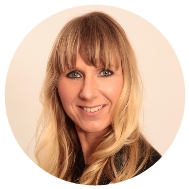 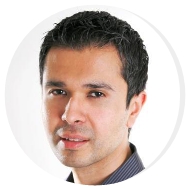 Dr Aseem Malhotra is an NHS Trained Consultant Cardiologist, and visiting Professor of Evidence Based Medicine, Bahiana School of Medicine and Public Health, Salvador, Brazil. He is a world renowned expert in the prevention, diagnosis and management of heart disease. He is honorary council member to the Metabolic Psychiatry Clinic at Stanford University school of medicine California, and is Cardiology MSc examiner at the University of Hertfordshire, UK. He is a founding member of Action on Sugar and was the lead campaigner highlighting the harm caused by excess sugar consumption in the United Kingdom, particularly its role in type 2 diabetes and obesity.

In 2015 he helped co-ordinate the Choosing Wisely campaign by the Academy of Medical Royal Colleges as lead author in a BMJ paper to highlight the risks of overuse of medical treatments. In the same year, he became the youngest member to be appointed to the board of trustees of UK health think tank, The King's Fund that advises the government on health policy. Aseem is a frequent expert commentator in print and broadcast media and he has written scores of articles for a number of publications including the BMJ, British Journal of Sports Medicine, BMJ Open Heart, JAMA Internal Medicine, Prescriber, The Pharmaceutical Journal, European Scientist, The Guardian and Observer, BBC online, Huffington Post, The Daily Mirror, Daily Mail, The Daily Telegraph and the Washington Post. He is an international guest editor of the journal of evidence-based healthcare. Aseem has appeared in the Health Service Journal’s list of top 50 BME pioneers, and has won a number of awards for his work to raise awareness of diet-related illness both in the UK and internationally. He is a pioneer of the lifestyle medicine movement in the UK and has had feature articles written about him in the New York Times, The Guardian, The Telegraph, and Healthcare Leader. In 2018 he was ranked by software company Onalytica as the number 1 doctor in the world influencing obesity thinking.

In 2016 he was named in the Sunday Times Debrett's list as one of the most influential people in science and medicine in the UK in a list that included Professor Stephen Hawking. His total Altmetric score (measure of impact and reach) of his medical journal publications since 2013 is over 10,000 making it one of the highest in the World for a clinical doctor during this period. His first book co-authored with Donal O' Neill, The Pioppi Diet, has become an international bestseller.

Award-winning American Science Journalist Gary Taubes describes Aseem as someone who has “probably done more in the UK to inject sanity into nutrition science and the pharmaceutical industry debate than any human being alive” ~ Sir Richard Thompson, Past President of the Royal College of Physicians and former personal physician to her majesty The Queen said “Dr Aseem Malhotra is changing the face of medicine and his revolutionary book the Pioppi Diet should be read by everyone”.

Medical Doctor (Kings College, London) and former GB Elite triathlete. Specialist Interest : 4P medicine. Preventative, Proactive, Personalised and Predictive. After years of running a performance health consultancy Dr Tamsin is launching a new company Fibr Health in early summer 2017 which brings your bio-data to life through smart technology - making understanding, engaging and creating a strategy for health both now and in the future seamless. Dr Tamsin has a compelling journey, overcoming a number of severe health problems to become an Ironman triathlon winner, mum and entrepreneur. Denoting herself a ‘people puzzler’, reflecting her predilection to engage with difficult ‘cases’, one of her main interests lie in the diagnosis and management of lifestyle induced endocrine dysfunction and strategic use of bio-similar hormones alongside a comprehensive nutritional approach. 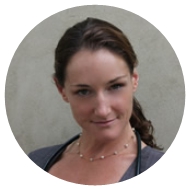 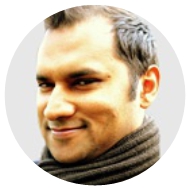 A career GP, Dr. Panja has been a doctor for 17 years having qualified from the Imperial College School of Medicine. He is a partner in a busy city centre NHS surgery and is interested in the prevention of illness and disease. He also presents Health Check, a round up of global health stories on BBC News and BBC World News and is a clinical assurance adviser for NHS Choices. His passion is to improve people's understanding of health face to face or via media, covering anything from allergies to Zika virus.

Dr. Unwin has worked in the NHS for nearly 30 years and over this time has been interested in how it is that people can cope and even thrive with long-term health challenges. She believes that patients who are able to maintain their hopefulness and emotional well-being in the face of illness have better quality of life, experience fewer symptoms, take less medication, consult less and even live longer. Dr. Unwin is a solution focused practitioner and current chair of the UK Association for Solution Focused Practice. 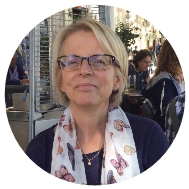 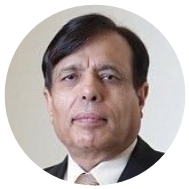 Dr. Chand OBE is the first Asian deputy chair of the BMA and is also, Chair of Health watch Tameside and formerly PCT Chair of Tameside and Glossop, after working as a GP since 1983. He has been a BMA activist and NHS, and public health campaigner for the last two decades and has served on various BMA committees including: General Medical Council working group (2006 to present),General Practitioners Committee (1999 to 2009),Vice chair: Equal Opportunities Committee (2007 to 2009).

During his 35-year career in the NHS he has contributed to improving local practice standards and promoting public health at a local, regional and national level. He chaired NHS Tameside and Glossop in 2009, aiming to ensure that the entire health economy worked together to improve the health of the local population and to reduce health inequalities. And he has an interest in promoting healthier lifestyles. Dr. Chand was awarded an OBE for services to the NHS and health care and for the last four years he was named by Pulse magazine as one of Britain’s 50 best doctors for helping to shape health care. In November 2020, he was awarded an honorary visiting professorship at the Faculty of Health & Wellbeing, University of Bolton.

Dr. Morrison is a senior practising GP and a senior partner in a medical practice in Ayrshire. Her son was diagnosed with type 1 diabetes 10 years ago, and since then she have worked extensively with people living with both type 1 and type 2 diabetes for 12 years, helping them achieve good blood sugar control. She is also the co-author of two important papers explaining the improvements in metabolic results, weight and glycaemic control for low carbohydrate diets in metabolic syndrome and diabetes. 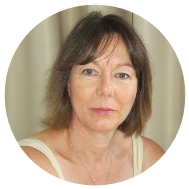 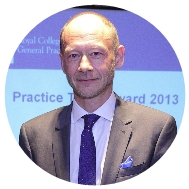 A GP based in Southport, Dr. Unwin is the RCGP National Champion for Collaborative Care and Support Planning in Obesity & Diabetes, as well as a Clinical Expert in diabetes. In 2016 he won the NHS ‘Innovator of the Year Award’ NW England. His publications include; Low carbohydrate diet to achieve weight loss and improve HbA1c in type 2 diabetes and pre‐diabetes: experience from one general practice in Practical Diabetes, Diabesity; Perhaps we can make a difference after all? in Diabesity in Practice, A patient request for some ‘deprescribing’. in BMJ, Raised GGT levels, Diabetes and NAFLD: Is dietary carbohydrate a link? Primary care pilot of a low carbohydrate diet, in Diabesity in Practice.

I am a registered UK doctor who practised as a family GP from 1990-2020 and as a Safeguarding children’s doctor from 2015-2019. As of 2021, I run online groups and WhatsApp groups looking at lifestyle change, vitamin D and reversing obesity and type 2 diabetes. I am a Trustee and board member of the Public Health Collaboration, and a medical advisor to the sugar-kicking charity The Rewards Project. My website www.FatIsMyFriend.co.uk helps people and their families change their lifestyles, particularly if they have diabetes, or are at risk of developing it. I advise eating real, minimally processed foods, not forgetting healthy fats, for their valuable fat-soluble vitamins, and essential fats. I have followed this myself since 2014.

In my role as a safeguarding GP, I saw the irony of thwarting all sorts of child abuse but accepting and turning a blind eye to the harm caused by unnecessary sugary drinks and ultra-processed foods. We all need safe food, so I encourage whole families and communities to change their lifestyles and not just an individual with obesity or diabetes. Not everyone gets overweight, but a diet that is not nutritious enough, or one that contains toxins harms each of us eventually, one way or another.

Conflict of interest statement: My interests are as above and I am not aware of any conflict between them. 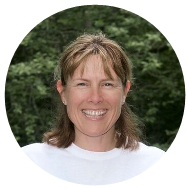 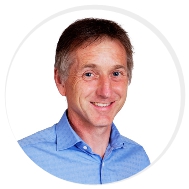 Dr. Ian Lake is a GP locum in Gloucestershire. He has had a long term interest in preventive medicine. Having Type 1 Diabetes himself, he eventually discovered and was strongly influenced by Richard Bernstein's Diabetes Solution book. He adopted a ketogenic lifestyle 3 years ago and found it was transformative regarding his health and wellbeing. He is keen to spread his knowledge to all with Type 1 so that they are aware of alternatives to the conventional diet. He was honoured to contribute a chapter to 'Diabetes Unpacked', a book on current thinking in diabetes, the proceeds going to The Noakes Foundation. Like everyone else on a low carb lifestyle, he has a blog on running and Type 1 diabetes. This was primarily to show that carbohydrate is not essential in type 1 diabetes, and ended up demonstrating that 'extreme diabetes' was not eliminating carbs and fasting but following conventional advice. 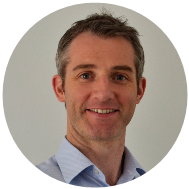